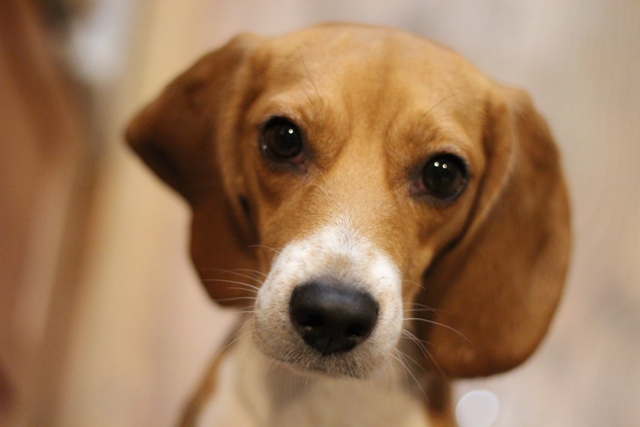 A year ago last Friday we got up early and drove to the research lab where we adopted Saoirse. She was terrified and shook and vomited on the car ride home. When we got home, we carried the crate into the house and set it down just inside the front door. Maizy (the yellow lab) and Abigail and Eden (the two cats) were intrigued and immediately came over to sniff the crate. Eden hopped up on top of the crate and watched, curiously, as Saoirse made her way gingerly out of the crate. He swatted at her tail from above. She sniffed and touched noses with Maizy, and then she remembered to be terrified. She ran and hid under the table. Those first weeks were rough. Everything was new to her and terrifying — the sunlight reflecting on the wall, the images on the TV, people, coming back in the house after a walk, eating her meals, waking up from a nap. Everything was frightening, but pretty much right away she loved going outside. She had never been outside before — never seen the grass or the sky — and her beagle nose kicked in and she would forget about everything except for following some scent she caught in the wind. For those first few weeks, her tail was completely tucked under her with the tip of her tail practically tickling her chin. I remember the first, tentative wag of her tail — we were so excited to see that tiny signal that she might be alright. She remained skeptical and nervous about things for quite a while. This was the look I got when I told her there was such a thing as a dog park (and that we were going there). 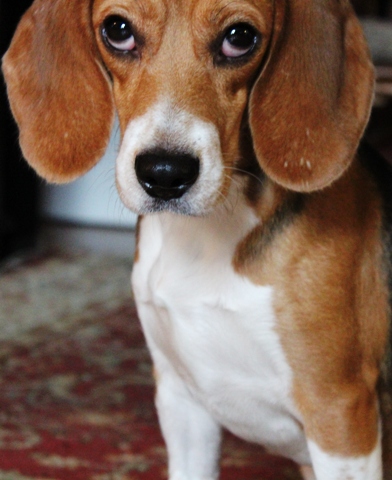 Fast forward to a year later, and she is the funniest dog with the most extraordinary personality. She gets so excited when I make green juice every morning and waits patiently (or not so patiently most of the time) for her share of the greens (lettuce or kale, usually). When I give her a leaf, she snatches it and runs excitedly into the living room to lay on the dog bed and munch on it. She likes to be sneaky and doesn’t like people to watch her while she’s eating the kale or lettuce. Accordingly, it’s extremely difficult to catch a photo of her in the act of snatching the greens: 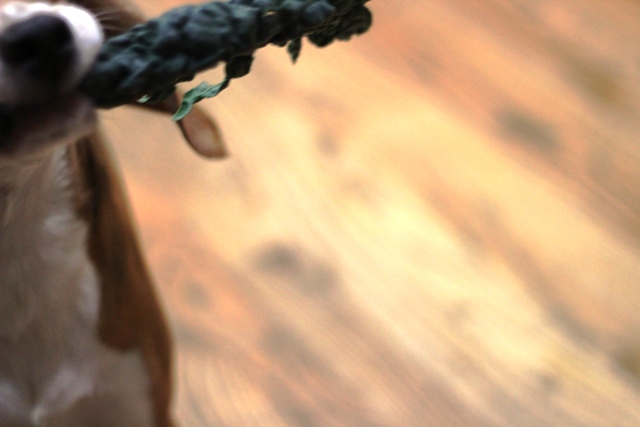 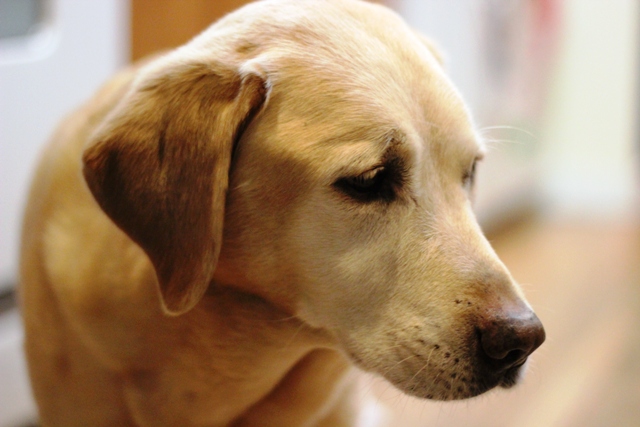 At night, when I get in bed, Saoirse dives into the covers and snuggles up, jammed firmly against my body and immediately starts snoring. When I shift in my seat at the computer during the day, her little head pops up from the pile of blankets on the couch to make sure she’s not missing anything.

She still loves Maizy so much and frequently sits on top of her or puts her little paw possessively on Maizy’s head. And she absolutely loves going to Eric’s mom’s house for a romp in the yard. 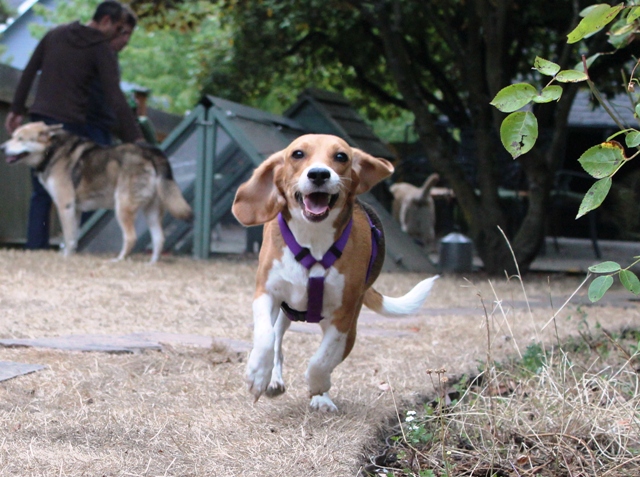 A year later, Eric and I are still struck every day by the amazing transformation she has made and the way she has settled into our little family.

Have a good weekend!